The International 3 is pleased to announce that we have been selected to participate in VOLTA 10 art-fair in Basel from 16-21st June. We will be participating with a curated booth presentation of new and existing work by Sean Penlington and Rafal Topolewski. For more information about VOLTA 10 art fair  please click here.

For Volta 10, The International 3 creates a dialogue between the work of two young emerging artists and in doing so exposes and examines new tendencies within painting as an expanded field of practice. Rather than creating pictorial narratives that offer some replacement for reality, Sean Penlington and Rafal Topolewski produce works that focus on the materials, processes and experience of painting; conscious of the history they emerge out of and the present they work within. Whilst differing in their influences and style, their presentation at VOLTA 10 coheres around a shared interest in examining both the seriousness and banality of painting and in creating visual puzzles that subvert familiar ideas with wit and charm.

Sean Penlington,(born 1987, Liverpool, U.K) graduated from Manchester Metropolitan University in 2010 with a first class BA (Hons) Fine Art and graduated from Chelsea College of Art and Design in 2013 with an MA Fine Art. Group exhibitions include Jealous Graduates at Saatchi Gallery (Edition and Print Gallery), London, The Creative Cities Collection at The Barbican Art Gallery, London and The Olympic Gallery, Beijing and Saatchi Gallery / Channel 4 New Sensations 2010. Sean’s first solo exhibition takes place at The International 3 in autumn 2014. His work is held in the V&A Print Collection, The Darbyshire Collection, Creative Cities Collection Beijing and in private collections.

Rafal Topolewski, (born 1983, Grudziadz, Poland) graduated in 2012 with a first class BA(Hons) Fine Art from Manchester Metropolitan University. In 2012 he was one of four finalists of Saatchi Gallery / Channel 4’s New Sensations and in 2013 he took part in the Zabludowicz Collection’s ‘Testing Ground: Master Class’. His first solo show took place at The International 3 in 2013. His work is held in private collections in the U.K. Europe and South Korea. In 2013 he began an MA Fine Art at The Royal Academy Schools, London. 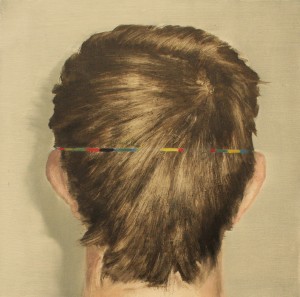